Story One Hundred & One - The Media

On walking out of the refined world of the courtroom, I was met with television cameras rolling and cameras clicking.

I was led on to the steps of the court and all the journalists and ITV started firing questions at me. I rambled on and suddenly noticed someone walking into camera shot. It turned out to be Linda Saunders, Hillingdon's head of adult social care. She shook my hand and launched into a statement, that quite frankly, I didn't catch a word of. Later I discovered it was the official apology. And then she was gone. One of the journalists whispered to me: "she tried to do you up like a kipper there". But I wasn't bothered. Next ITN whisked me off to a side street for an interview and I was pleased that when it was aired, Liz Wickham picked up on that key statement about Steven facing a life in care that he does not want or does not need.

When I arrived back at court, my old mate Kurt Bahling was waiting for me and we went to the Embankment for an interview. The bastard made me cry on camera as he asked me my thoughts about the judge's testimony of me. Kurt is a good man and when we parted he promised to stay in touch (which he has). Then it was into the BBC studios inside the court to talk to Victoria Derbyshire, who like Kurt, had followed our story from the start.

That evening whilst I was cooking Steven's tea, I was doorstepped by the Daily Mail. She wouldn't leave and it set Steven off as I burned his chicken goujons. I panicked over how she might report the meltdown she'd just witnessed.

The next day I got up early to do the weekly shop and picked up all the papers. The Independent really went to town. We were on the front page with the headline " The Right To Love" and there was a double page spread inside which included the interview I gave to Jerome Taylor. All the other broadsheets covered the story in depth and the Mail ran a story called: "The State Stole My Son". Much to Steven's disgust I turned down an interview on Daybreak (it would have been too early and I'd run out of support hours. I didn't think Hillingdon would have appreciated me requesting more support, so I could go and talk about them on national TV). Steven was impressed that I did the Gaby Roslin show, although he expected Chris Evans to still be working alongside her.

The Winterbourne View scandal broke about this time and I was invited onto You and Yours to discuss our case. One of the mothers from Winterbourne phoned in and we had a very moving chat for a few minutes.

For the next two weeks, I was being invited to tell the story here, there and everywhere. I was cautious though because I know how much the stability of Steven's home life had impressed Justice Jackson. Even though, I was seeing how important and far reaching our story was, I didn't want to jeopardise Steven's routines, so I turned down more than I accepted.

I had also been writing the book for the past three months and the final chapters, like the hearing, were being written in real time. But I knew I had one more chapter to write before the book could be published................ 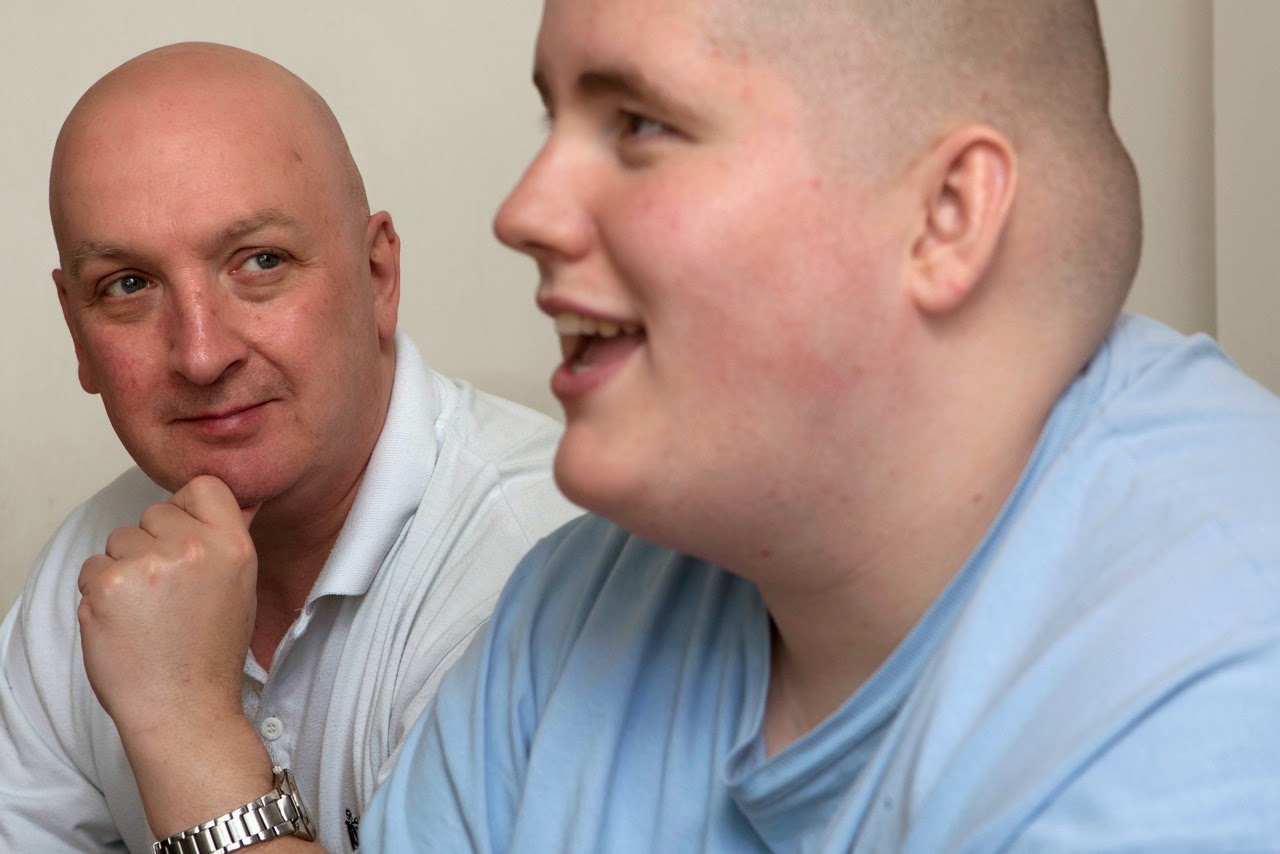